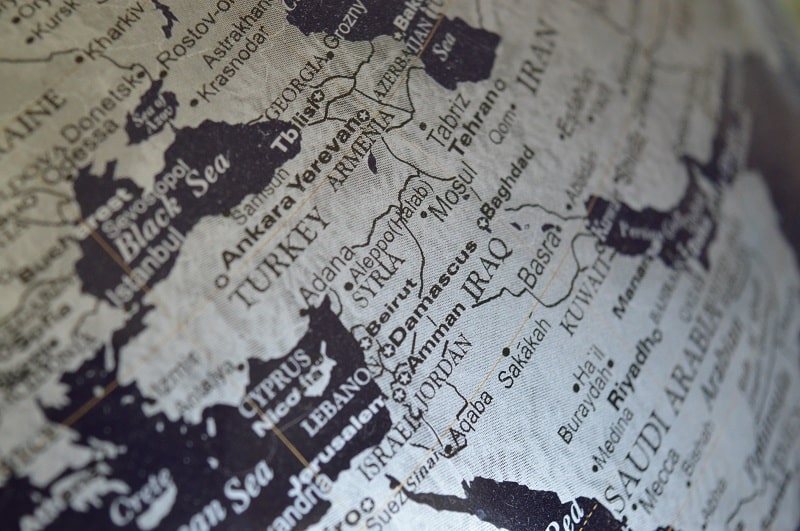 Plenty of people will have included ‘do more travelling’ somewhere on their New Year’s resolutions list but, whilst we’re all for discovering a new adventure at Co-op Travel, no one should put themselves at risk.

The Global Peace Index measures a destination’s ‘peacefulness’ based on factors such as terror threat and crime rate, and we’ve used this to measure the Worst Countries to visit in 2019. Even if you are a most adventurous traveller, maybe leave the following for another year.

In civil war since 1991, conflicts are ongoing and the country is in chaos. Under threat from crime lords, pirates and kidnappers, plus in the grips of drought and famine, Somalia is best avoided at this time.

Overseas visitors to South Sudan have been at particular risk since it gained independence in 2011. With no real leaders in control, terrorism increased as did attacks on those of different nationalities. Visitors, as with its own population, are often caught in the crossfire of the violent conflicts happening across the land.

Most are aware of the conflicts across Afghanistan, which escalated during their civil war in 2011 and continues to take thousands of lives. Couple that with a lack of stable government, random terrorist bombings, and the increase of poverty and disease, it is not an environment you want to visit any time soon.

Despite the war there officially ending in 2011, conflicts continue across the country. Improvised explosive devices (IEDs) are the weapons of choice, and can be placed on roads tourists travel. Best to stay away for now.

Torn apart due to extremists, racism and internal conflict, Nigeria is also known for its poor record on human rights. Discrimination based on a wide range of factors is rife, and overseas visitors are particularly vulnerable. Avoid for the time being.

Perhaps a surprise on the list, Pakistan is known to be a beautiful country and also supplies much of the world’s rice, cotton and sugar. However, conflicts with India have led to its appearance on this list and poverty, overpopulation, sexism, and corruption all rank high. Maybe check its status in a year or so.

4. The Democratic Republic of Congo

Suffering from a mix of over-population, poor general health and a corrupt military and police-force, this country is highly unstable. It is a particularly horrific place for women, and a lot of aid work is being done to support them specifically. It will be some time before this country becomes stable enough for a safe trip.

The homeland of Al-Qaeda, conflicts are continuous and violent. The government has been accused of multiple inhumane treatments, violent acts and executions. Any member of the LGBT+ community are particularly at risk and can be put to death seemingly without consequence. Unless you are a TV reporter in protective clothing with an armed escort, avoid at all costs at this time.

A lack of stable government since it took independence in 1974 has led to the country suffering from multiple issues, such as street violence and murder. Without clear and effective leadership, the police-force is almost non-existent, criminal gangs roam free and horrific illnesses such as cholera spread unchecked. Steer clear.

Since the civil war broke out in 2011, over 11 million people have become homeless, hundreds of thousands have lost their lives, and more are fleeing to other countries for safety. The rise of ISIS means the country is often controlled through extreme inhumane treatments, and violent clashes have spread across Syria. This is not a travel destination. This is the world’s most dangerous country.

Whilst the Middle East and North Africa remain the world’s least peaceful region, it is important to acknowledge a slight improvement in its score on the Global Peace Index. Countries are developing all the time, and – though it seems unlikely at the moment – one day even the most dangerous countries may be amongst our favourite holiday destinations.

Co-op Travel always recommends checking the official status of even the safest countries before visiting them. The Foreign Office’s Travel Aware site is an excellent source for this information.